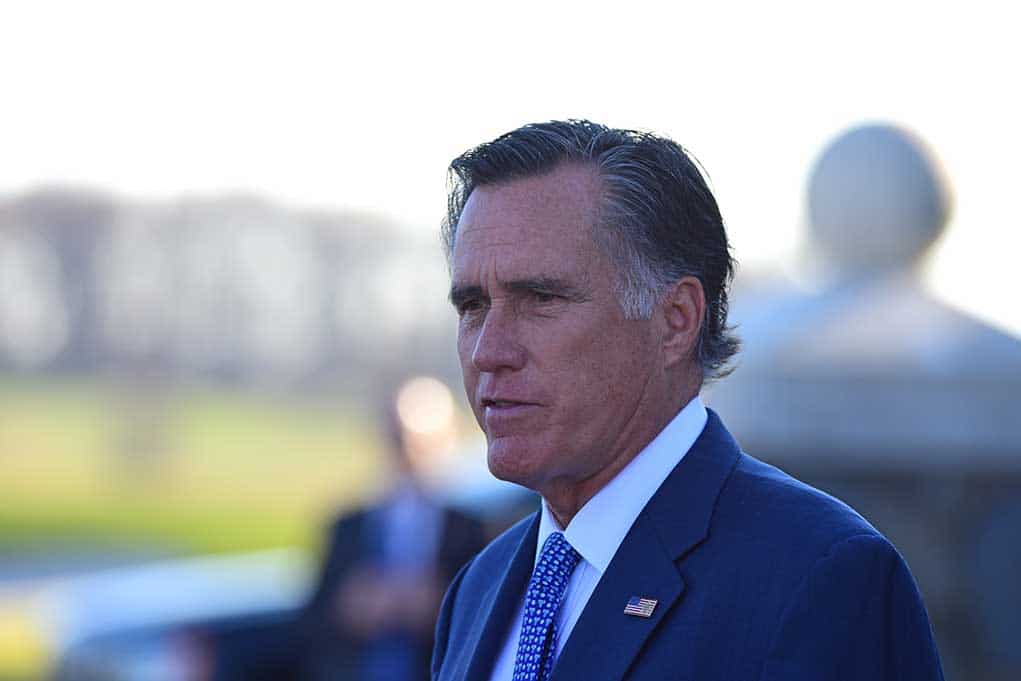 (ConservativeStar.com) – Senator Mitt Romney (R-UT) is once again showing his true colors by taking yet another step away from the Republican party. On April 10, former President Donald Trump was the recipient of the first Champion for Freedom Award, issued to him by the National Republican Senatorial Committee (NRSC). Speaking to reporters, the former governor of Massachusetts shared strong words about their selection, stating it, “would not have been [his] preference.”

Romney also reminded the press that he holds the honor of being the only senator who voted to convict, and thus remove, his own party leader during the former president’s first impeachment trial. The contentious politician’s refusal to side with his party on hot-button issues even prompted the staunchly liberal John F. Kennedy Library Foundation to issue him an award.

The NRSC, however, is proud of its choice. Committee Chair Senator Rick Scott (R-FL) stated Trump deserved the award because he “fought for American workers, secured the border, and protected our constitutional rights.”

This weekend I was proud to recognize President Donald Trump with the inaugural @NRSC Champion for Freedom Award.

Romney’s pride in his opposition to Trump is further proof the RINO has seriously lost touch with what his voting base wants. While his term doesn’t end until 2025, the Utah native may want to reconsider just how cozy he is with the Left.