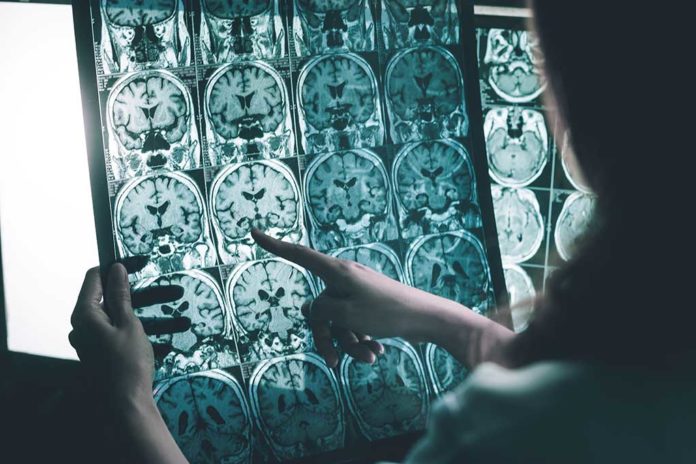 (ConservativeStar.com) – SARS-CoV-2 (aka COVID-19) caught the world mostly unawares. The first reactions focused on limiting its spread and preventing people from dying. Now, two years later, in-depth, peer-reviewed studies of the effects of the virus are being published. Nature magazine presented a paper put together by a group of scientists from Oxford University where they studied the impact on the human brain brought on by the virus.

📍HUGE—Covid may cause greater loss of gray matter and tissue damage in the brain 🧠 than naturally occurs in people who have not been infected with the virus, a new study finds—the first study with both brain scans before and after #COVID19 infection. 🧵 https://t.co/wqJqCmth9W

What makes this research so groundbreaking is that it’s believed to be the first study using brain scans on a large group of people from before and after infection thanks to the data found in the UK BioBank. Physically, the researchers found that the gray matter area and overall size of the brain of infected people shrank somewhere between 0.2% and 2% more than the uninfected in the age range 51 to 81 years old.

One of the more heavily-hit areas was the section of the brain that processes the sense of smell, but there were also notable differences between the groups during cognitive testing showing those who had the disease had more difficulty focusing and their overall diminished efficiency.

One of the researchers said that although the number of hospitalized patients was too small to yield conclusive results, there’s enough to suggest that their deterioration was more significant than those who were mildly affected.