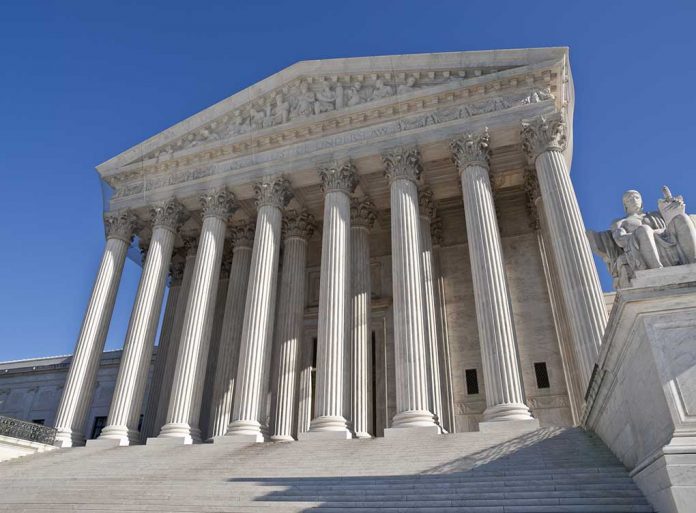 (ConservativeStar.com) – In early April, President Joe Biden issued an executive order to form the Presidential Commission on the Supreme Court of the United States. It consisted of 36 legal experts, historians, and political science scholars. Their mission was to spend the next six months analyzing the pros and cons of changing the Supreme Court in various ways.

On October 14, the commission released their findings that the president will review and release in November. But the big question is: Does Biden intend to pack the court?

According to a briefing by Press Secretary Jen Psaki on October 13, the group isn’t only examining the implications of packing the court but addressing a wide range of issues. But the fact that expanding the seats on the Supreme Court is included in the discussions directly contrasts Biden’s stance on the campaign trail.

Although he did mention, during an interview with “60 Minutes,” that he would create a national commission to gather recommendations to reform SCOTUS, Biden also said he didn’t want the handling of the highest court in the land to turn into a game of political football. In 1983, he stated that expanding the SCOTUS would be a “terrible, terrible mistake.”

Ever since former President Donald Trump appointed Associate Justice Amy Coney Barrett to the court in 2020, Democrats have been calling for more judicial appointments to even out the justices. It appears that the commission’s report will include recommendations to that end. In fact, discussion materials show that the group doesn’t believe there’s no “formal legal obstacle” to adding seats.

The president also expects to read opinions from the experts about term limits, a code of ethics for the court, justice turnover, case-selection rules, and the court’s overall role in interpreting the Constitution.

Implications of Packing the Supreme Court

Although the role of judges in every court is to remain impartial and rule based on the facts of a case, the concern of US citizens seems to lie in the belief that SCOTUS members indeed use their personal bias in decision-making.

If that’s true, packing the court in either direction would sow distrust in the US Supreme Court and every decision it makes, whether that’s regarding the controversial abortion laws in Texas or our Second Amendment rights.

And since there is no number of seats outlined in the Constitution, where does the expansion end if that’s the Left’s intent? Once Republicans regain the power of the White House, they could simply grow the court further. By doing so, the highest court would continue to lose authority and credibility with the American people.

US citizens will have to wait until November 14 to learn the commission’s findings and the future of the court. Until then, the conclusions of Biden’s panel remain pure speculation.