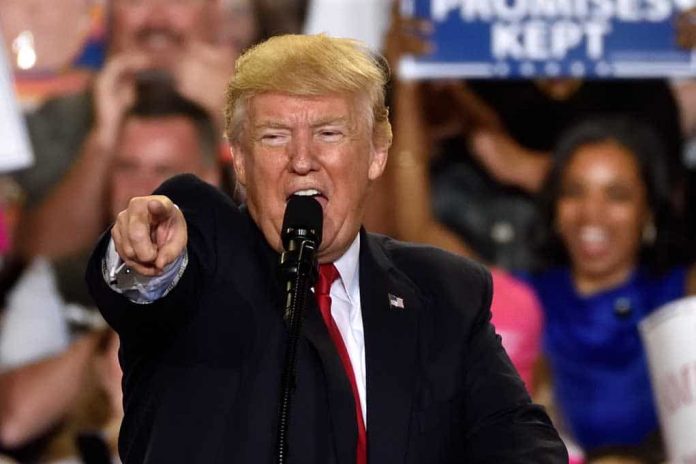 (ConservativeStar.com) – The state of Georgia recently enacted a new election law. Now, mail-in ballots will require the voter to include a valid ID number on the envelope and neighborhood drop boxes will be reduced in number, kept indoors, and under surveillance 24 hours per day. The Liberals are using trigger words like “Jim Crow laws” in a disinformation campaign to bait their followers into outrage, while former President Donald Trump has also come out against them for a completely different reason.

In his opinion, the law is “far too weak” if its true intention is to protect the integrity of future elections and not just to appease the RINOs (Republicans in Name Only). He also took aim at the weeks/months of early voting and opening the vote-by-mail to everybody rather than just those with a legitimate need, saying it provides too much opportunity for “mischief.”

The Liberal media and social networking platforms slammed down on President Trump’s narrative on legitimate claims concerning the lack of ballot security, marking anyone who agreed with him as some kind of loon. The Democrats and those aligned with them apparently are not afraid to use shaming and bullying to advance their agenda.