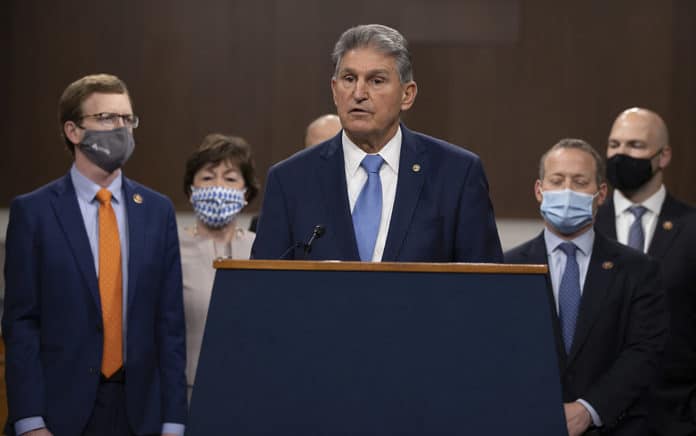 (ConservativeStar.com) – The politicians on the Left — especially the progressive cadre like Senator Bernie Sanders (I-VT), Representatives Alexandria Ocasio-Cortez (D-NY) and Rashida Tlaib (D-MI) — have been hawking President Joe Biden’s so-called Build Back Better Act. However, Senator Joe Manchin (D-WV) threw a monkey wrench into the works when he said he could not support the legislation as written.

The senator spoke of working as hard as humanly possible to work out a deal with the president, whose efforts he praised, in trying to negotiate something he could stand behind in front of his constituents. The White House, through their mouthpiece Jen Psaki, accused Senator Manchin of being a liar who went back on his promises. Attacking his concern about adding to the deficit, she used the worn and debunked claim that “the plan is fully paid for.”

Another concern Manchin raised is the massive inflation the country is seeing under the current administration, saying that it’s real and “harming every West Virginian.” He also said the government should focus on the Delta and Omicron variants of the coronavirus, which have caused the Netherlands to reinstitute their lockdown policy and other countries such as Israel to virtually shut their borders again.

This response from the White House is just another example of the Liberal mindset. They provide two options to their colleagues: toe the party line or anger.