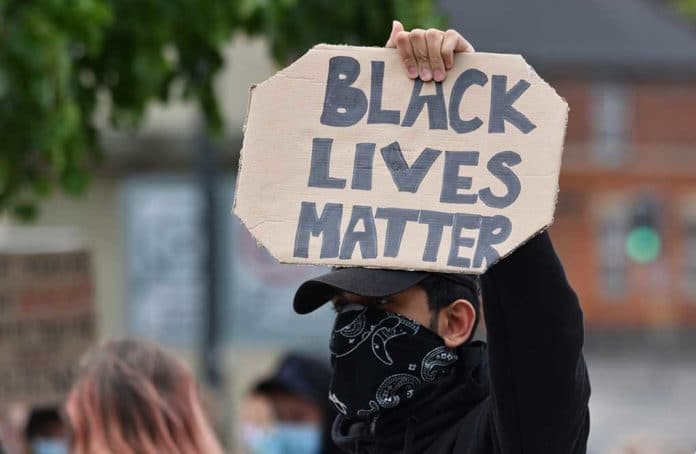 (ConservativeStar.com) – New York cops have slammed a Black Lives Matter leader after he threatened violence if the city’s new mayor doesn’t cave to his demands. Police sources say BLM frontman Hawk Newsome has crossed the line between protest and terrorism, and needs to be held accountable.

On November 10, NYC mayor-elect Eric Adams (D) met with the city’s chief BLM activist to discuss the way forward for policing—and it didn’t go well. Adams, a moderate Democrat and former NYPD captain, campaigned on a tough law and order platform to counter the explosion of violence that’s hit the city since last year. It seems BLM doesn’t approve.

At the meeting, Adams told Newsome he plans to reform the NYPD’s plainclothes Anti-Crime Unit. Newsome reacted furiously, telling Adams that if he went back to “the old ways of policing” – which, considering crime in NYC is up 11.2% over last year, means ways that worked – then “There will be riots. There will be fire and there will be bloodshed.”

Adams wasn’t impressed. He told journalists Newsome’s ranting was “silly” – then challenged fellow Democrats to condemn the activist’s threats. At a Friday press conference, he said it would be “an excellent moment” for Democrats to oppose political violence. In fact, few have – it seems even threats to life and property aren’t enough to make Dems condemn BLM.

The NYPD isn’t so hesitant. One police supervisor called Newsome a domestic terrorist and called on the FBI to investigate him and his funders. “He is threatening to overthrow the government, cause physical harm and property damage,” the official warned – a textbook definition of terrorism. Will the Democrats take notice?