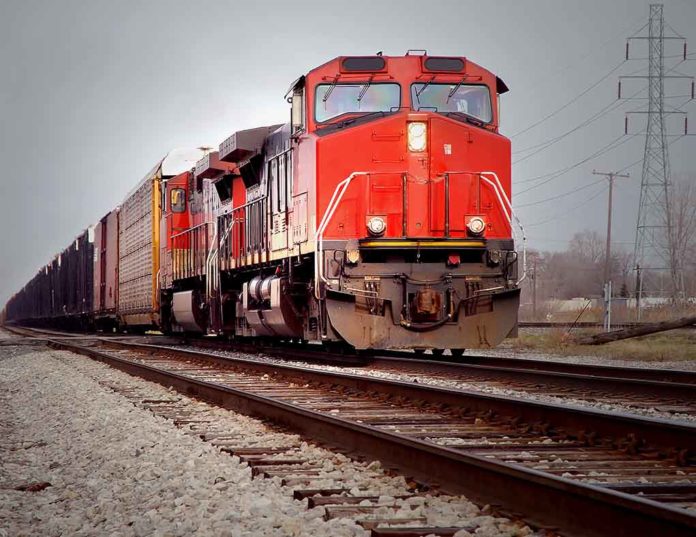 (ConservativeStar.com) – Some in the West, including Senator Mitt Romney (R-UT), view the military aggressions of Russian President Vladimir Putin in Ukraine as part of his desire to rebuild the now-defunct Soviet Union. Many fear his buildup of troops in areas surrounding the country — including positioning aircraft and surface-to-air missile battalions in Belarus — is evidence that he plans an invasion in the very near future. In an attempt to hinder movements and equipment through their country, a group called Belarusian Cyber Partisans claim to have “encrypted some of [the national rail system] servers, databases and [sic] workstations…”

At the command of the terrorist Lukashenka, #Belarusian Railway allows the occupying troops to enter our land. We encrypted some of BR's servers, databases and workstations to disrupt its operations.❗️Automation and security systems were NOT affected to avoid emergency situations

The group’s actions appear to be an attack targeted at freight transportation since they go on to make the point that they purposefully avoided anything that can cause emergency situations.

The English language version of the Ministry of Defense (MoD) of Ukraine’s website says they’ve noticed a buildup of war materials being moved into the “temporarily occupied territories” of Donetsk and Luhansk. Both of these were taken over in 2014 at the same time Russia “annexed” the Crimea region.

Ukraine’s Western allies are taking this military build-up as a serious provocation by President Putin.

In response, President Joe Biden authorized the delivery of approximately 200,000 pounds of ammunition and other equipment to Ukraine. Additionally, the North Atlantic Treaty Organization (NATO) has announced that member countries such as Spain and France have moved air and naval forces into the region including Bulgaria and Lithuania.