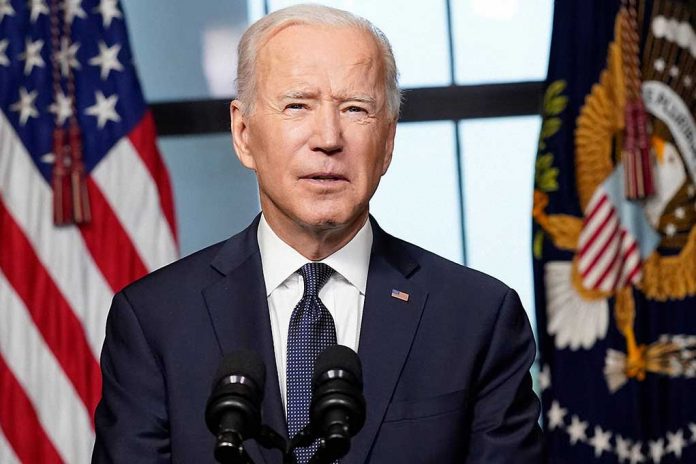 (ConservativeStar.com) – Once again, President Joe Biden is facing backlash for his handling of what has become a crisis in the border town of Del Rio, Texas — and this time, it’s not just coming from Republicans. The media, and even Biden’s fellow Democrats, are getting in on the backlash action.

Fox News captured shocking images of Haitians who had illegally crossed the Rio Grande River and were camping under a freeway overpass. Some estimates place as many as 12,000 people at this location.

The FAA grounded Fox News’ drones that were capturing the migrant crisis in Del Rio, Texas.

So local law enforcement took them up in a helicopter
pic.twitter.com/aoy7R5znOm

One might wonder how people from an island nation in the Caribbean came to gather in Texas. According to a USA Today article, it seems to have started with the devastating earthquake in 2010. Many of the 1.5 million people displaced by it traveled to South America where job opportunities were plentiful.

The COVID-19 pandemic and other factors changed the economic outlook around the world, including in South America. The displaced Haitians then began heading north toward America. However, the administration says they don’t meet the definition for refugee status and are quickly placing them on airplanes and flying them back to their homeland. This move is in stark contrast to Biden’s 2020 campaign promises.

Before being elected, then-candidate Joe Biden said he’d help migrants and asylum seekers, but are his actions toward this group really fulfilling those campaign promises? He recently announced an increase in the refugee cap, but that doesn’t help the Haitians who don’t appear to qualify as refugees.

Biden also said he would keep some of President Donald Trump’s border policies in place. Once in office, he started dismantling those policies on day one.

Representative Ayanna Presley (D-MA) accused the administration of falsely claiming “it is doing everything it can [for the Haitians] while continuing to unjustly deport [them].”

Could Biden’s inconsistent message have encouraged these asylum seekers to make their way to Texas?