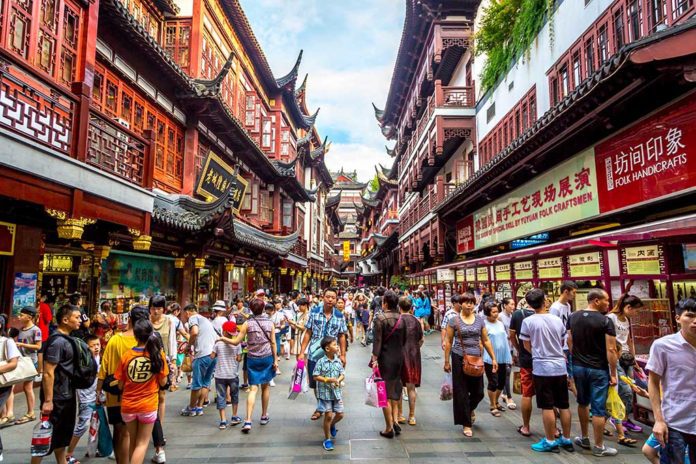 (ConservativeStar.com) – With most major economies facing supply chain issues, governments are trying to keep their citizens calm and deter panic buying. If people rush out to stockpile, our already creaking logistics will crash, so politicians are urging shoppers to be sensible and give suppliers time to adapt.

There’s one exception to this, though — China. The communist regime is actively encouraging stockpiling, and that’s prompting fears of war.

On November 1, China’s Ministry of Commerce suggested people stock up on staple food items like rice, noodles, oil and vegetables – “a certain amount of daily necessities as needed to meet daily life and emergencies,” according to the ministry’s website. They also ordered local communist officials to stockpile food and make sure their emergency distribution networks were in good shape.

These warnings set people wondering exactly what sort of emergency the regime was expecting, and rumors of war with Taiwan quickly started to spread. Soon panicked Chinese were clearing out stores. Photos on the one-party state’s tightly censored social media platforms showed lines of shoppers with filled carts, and stores with empty shelves.

Food supplies are a constant worry in China. Up to 55 million people starved to death between 1959 and 1961 when communist bungling caused devastating food shortages. Since then, the government regularly warns people to make sure they have enough food to cope with emergencies. What made this warning so provocative?

Most likely, the answer is the regime’s behavior. Over the last year, the Chinese Communist Party has been deliberately ramping up tension with Taiwan. It issues regular threats and has sent hundreds of warplanes to violate Taiwanese airspace. It’s also been whipping up nationalist fervor. When the government regularly threatens war against a neighbor, then tells people to be ready for emergencies, it’s easy to see why some people will assume that war is about to start.

The good news is, it probably isn’t. Most military analysts estimate China will be able to attempt an invasion of Taiwan by around 2025, but doesn’t have the capability yet. Top US officer General Mark Milley is a little more pessimistic and says it’s unlikely China will attack in the next two years, but nobody seriously expects an invasion now.

The communists are now trying to calm the panic they’ve caused. State media ran articles telling people not to read too much into the advice, and poured cold water on the idea of an imminent war. Officials reassured the people that there are no food shortages. Nevertheless, the panic shows how much tension exists between China and its neighbors – and Beijing shows no signs of backing down.