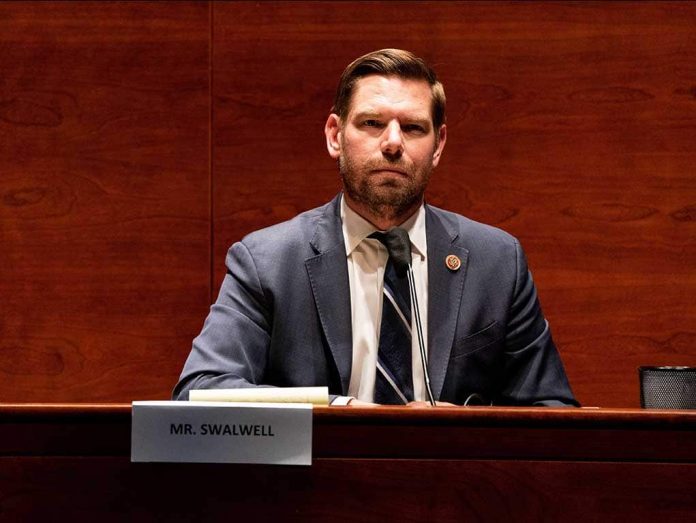 (ConservativeStar.com) – On January 13, the House of Representatives marked a dubious historical precedent when they decided to impeach then-President Donald Trump for the second time. The US Senate has decided to begin the trial in February.

Representative Eric Swalwell (D-CA) is one of the case managers appointed by the House to present the so-called evidence used to establish the article of impeachment. During an interview on MSNBC, he admitted this was an act intended to disqualify the ex-president from ever holding office again.

Republicans and legal experts such as Harvard law professor Alan Dershowitz are questioning the constitutionality of this effort, but there have also been claims of trying to disenfranchise Conservative voters by blocking a person who would be a very popular candidate. Beyond that, the Democrats apparently don’t grasp the irony of selecting Swalwell since there’s still the question of whether or not he’s been compromised by Communist China intelligence agents.

Unlike this nonsense, that would be an impeachable offense.

Bill Gates Influence Operation Is Bigger Than Anyone Realized

Kamala Harris Tries to Throw Trump Under the Bus

Coalition Wants Women to Register for the Draft

Wyoming GOP to Stop Recognizing Liz Cheney As a Republican

Americans Warned to Leave Ethiopia As Civil War Heats Up

GOP Growth in Suburban Philly — after They Voted for Biden