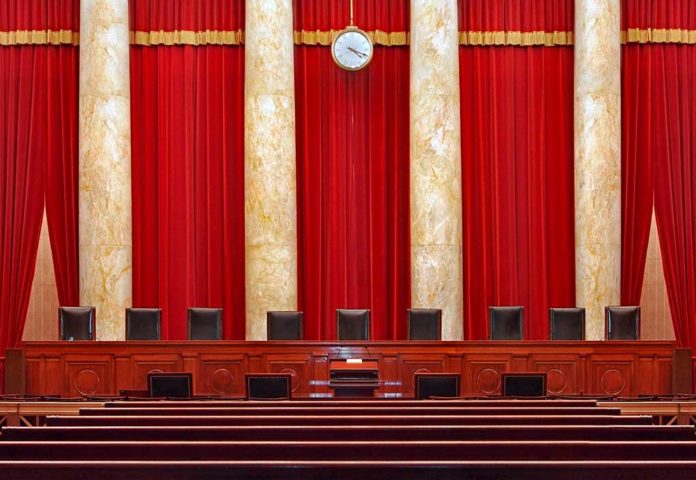 (ConservativeStar.com) – With Supreme Court Justice Stephen Breyer retiring from his position on the bench, President Joe Biden is under pressure to choose who will replace him before time runs out. Senate Judiciary Committee Chairman Dick Durbin (D-IL) urged the president to make his selection and start the confirmation process, so there is plenty of time to seat the new judge before the mid-term elections in November. With a 50-50 split in the Senate, Democrats are in panic mode to push through a confirm a liberal justice just in case Republicans take control of the upper chamber this year.

Although Durbin is putting pressure on Biden, assuming the Right will try to block any nomination, that’s not necessarily the case. One frontrunner, in particular, may have bipartisan support to replace Breyer.

Biden stated shortly after the justice’s retirement announcement he would pick a replacement by the end of February, and it would be a black woman. One potential replacement who might have bipartisan backing is Federal Judge for the District of South Carolina J. Michelle Childs. Senator Lindsey Graham (R-SC) recently announced his support for the possible choice, saying the pick could “bring the Senate together.” He also mentioned any other choice might have a problem getting through with enough votes for confirmation. The president is currently weighing his choices, stating he’ll look to the Senate for “advice and consent.”

Democratic strategist Steve Jarding stated there’s a concern about the Right purposely slowing down the process and running out the clock before the mid-term elections in hopes of delaying any nominee until conservatives have a bigger number in the Senate. According to the Left, it’s essential they work as quickly as possible to install a replacement for Breyer.

Senator Josh Hawley (R-MO), who also sits on the Judiciary Committee, stated Republicans have no interest in ramming a justice through to the Supreme Court without proper vetting. He wants the process to be as thorough as possible.

Although the committee should be serious about who makes it onto the SCOTUS bench, too much time in deliberations could be costly for the president and other Democrats.

Do you think Biden will take the path of least resistance with Childs rather than risk possible tactical procedural delays from the opposing party?