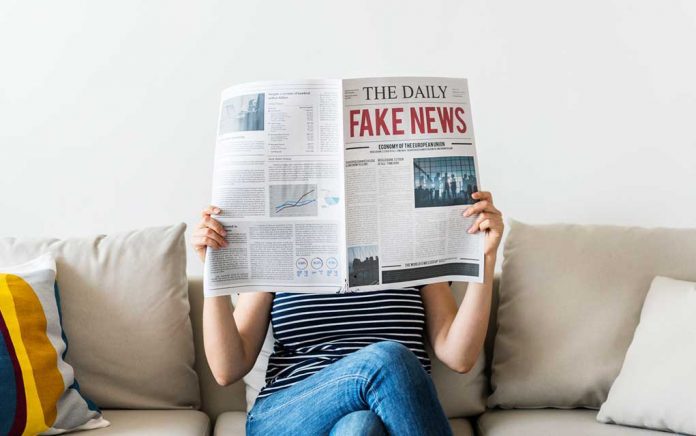 (ConservativeStar.com) – President Donald Trump has never been afraid to share what he thinks on social media. That’s why few Conservatives were surprised when he tweeted about the potential risks of mail-in voter ballots shortly after Memorial Day. The now-deleted message warned the American people that allowing it would result in robberies, illegal printings, and fraudulent signings.

Twitter, however, did not agree with his predictions. They immediately slapped an aggressive and clickable warning at the bottom of the post telling users to “get the facts about mail-in ballots.” If you clicked on this message, it would bring you a second page listing why everything the president said was “fake news.”

This is evidence of a rapidly growing trend to limit free speech.

Here’s why you should be concerned.

Censorship is censorship — it doesn’t matter if the content you’re erasing is true or not. The moment you begin to prevent people from accessing it, you’re interfering with freedom of speech. Twitter trying to claim the president is a liar is just one example of a rapidly growing trend to censor the news and prevent people from sharing opinions others don’t like online.

Fifty years ago, censoring the president of the United States in the media was almost unheard of. If a newspaper had done it, they would have gone out of business. Yet, claiming that published content amounts to “fake news,” usually in an effort to get it removed, has become a political tactic in its own right. Censorship is being weaponized to further agendas.

The Scourge of Fake News Laws

Private companies do have the right to limit information they share online — but there are questions over whether they do it fairly. And this constant fight to censor information isn’t limited to social media platforms, either. It’s also influencing governments to enact laws and criminalize false information here on home soil and on the world stage.

Here in the United States, the first fake news laws came into fruition shortly after accusations that Russians meddled in the 2016 election. The Senate put forth the Honest Ads Act to regulate political advertising online. This essentially forces online media outlets to follow the same restrictions already in place for TV and print advertisers.

Other more state-based “fake news” laws quickly followed. California forced the education system to teach kids arbitrary information about how to identify false news. Washington and Massachusetts quickly followed in their footsteps. Since then, the push for additional fake news laws has only grown — with Conservatives the most frequently targeted.

The Trouble With Fake News Laws

Here’s a question for you: what defines fake news?

This seems like an easy query to answer until you begin to peel back the layers of influence like an onion. What’s the difference between a fact and an opinion? Who’s behind the comment being made, and what do they have to gain from it? And, perhaps most importantly, who stands to benefit if the information being shared is suddenly censored or the poster is made to look like a liar?

Let’s use President Trump’s recent post about mail-in ballots as an example. Theoretically, you could claim that the president cannot know for sure whether allowing this process would result in robberies, fraudulent signings, and invalid ballots. But this is essentially an opinion of what might happen — it isn’t an expert testimony or a peer-reviewed claim.

Effectively, the president’s political opinions were censored. But the way it was done also attempted to make him look like a liar, and that’s something Democrats very much benefit from. You can almost hear their cries: “See? Twitter proved the president isn’t truthful.” It becomes a useful excuse to falsely convince the public readership that your own agenda is the righteous one.

When you start talking about fake news laws, specifically, things get even scarier. It takes only a single censorship law to start the country down a slippery slope. With each new law, the process of enforcing censorship becomes a little bit easier. The president understands this; it’s why he’s currently pushing to force social media outlets to back down in the first place.

Authoritarianism and Fascism start quietly, and censorship of the media almost always plays a big role in it. The fact that our own president cannot share his opinions on what has essentially become the Great Hall of our country should terrify you. What other information are they controlling?