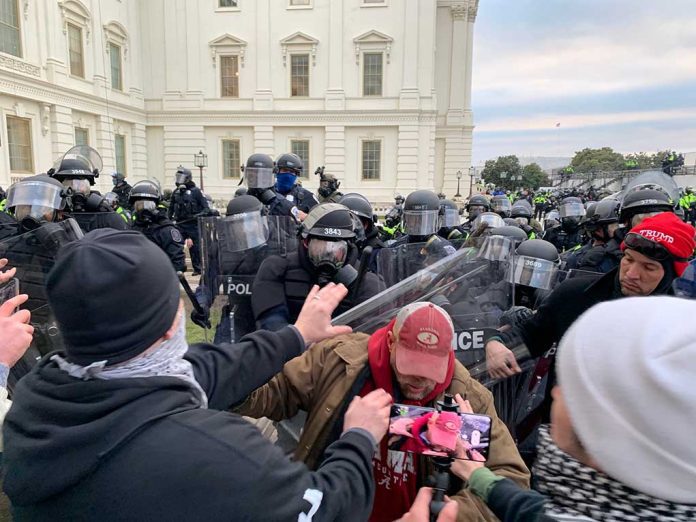 (ConservativeStar.com) – Thousands of people attended the “Save America” rally in support of President Donald Trump and his fight against election fraud in the country. The president made an appearance at that rally to encourage his supporters to never cave to the people who would try to strangle basic freedoms that the nation is built upon.

Shortly after this, a group of people stormed the Capitol building, forcing an evacuation and the police to use force to repel the attackers. The Liberal-biased media immediately blamed pro-Trump supporters, without considering the fact that outside agitators had been the spark of violence throughout the summer of 2020.

Representatives Matt Gaetz (R-FL) and Mo Brooks (R-AL) have both expressed their frustration that people will not take the allegations of potential instigation by the radical-Left group Antifa seriously. Gaetz did so on for the House of Representatives, while Brooks took to his Twitter feed.

4. Evidence, much public, surfacing that many Capitol assaulters were fascist ANTIFAs, not Trump supporters.

Again, time will reveal truth. Don’t rush to judgment. Don’t be fooled by #FakeNewsMedia whose political judgment drives their reporting.

My view: fully prosecute all!

The Leftists are very quick to term any theory that flies in the face of their agenda as some kind of quackery. They then spread their version as the absolute undiluted truth. Although since there has been no investigation, it’s only a theory as well.