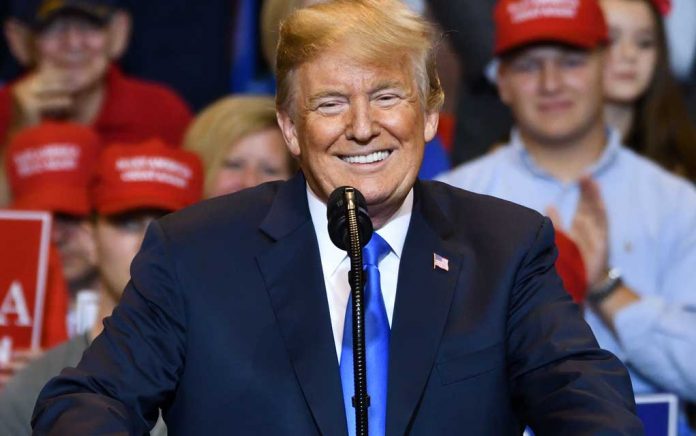 (ConservativeStar.com) – The country anxiously awaits the outcome of Georgia’s upcoming January 5 runoff elections for both of the state’s Senate seats. The outcome of that election will determine the balance of power in that congressional chamber.

Incumbent Sen. David Perdue (R-GA), a former businessman, turned to President Donald Trump for help against Democratic rival John Ossoff in his bid for reelection. His campaign released the following advertisement featuring the president on December 14.

President @realDonaldTrump: “You’ve got to get out and vote!”

The president pointed out Perdue’s work promoting his “America First” agenda, adding there’s no one in Washington, D.C., more respected than him. President Trump also called on his supporters to get out and vote to ensure the “radical Left” doesn’t win.

It’s critical Republicans win at least one of those seats for Sen. Mitch McConnell (R-KY) to retain his position of Senate Majority leader and control over that body. It’s a good thing Sen. Perdue has the President’s support.