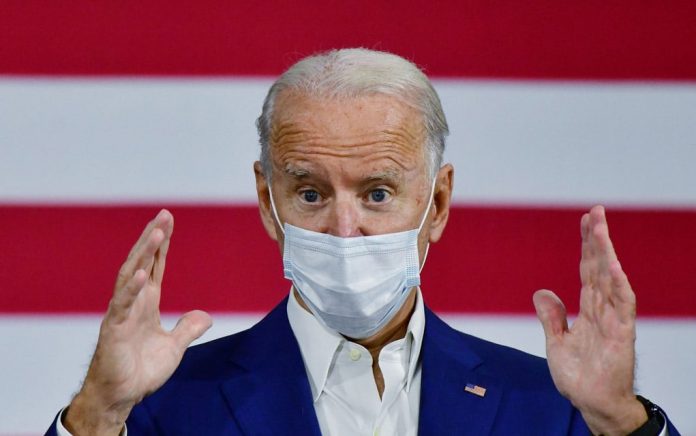 (ConservativeStar.com) – Presidential candidate Joe Biden took to the podium in the belief that the unofficial vote totals have made him president. In his speech, in an apparent play on the MAGA slogan, he said now it’s time to “make America respected again.” With that kind of “leadership” is it any wonder his supporters are acting like a sore winner — before the race is even decided.

Let's wait until after the recount before talking smack to Trump Supporters. Since 2016 liberals have been nothing but hypocritical. You preach tolerance but show none when it comes to diversity of thought. Noone likes a sore loser but an ungracious winner people hate more.

The Left’s hypocrisy has been on display with their taunts because the president wants the courts to look at the potential of voting irregularities in states like Pennsylvania and Georgia where even the unofficial tallies showed the two men separated by less than 1%. They seem to forget Hillary Clinton’s loss in 2016 when Liberals declared the Trump presidency “invalid” before he was sworn in and hatched their impeachment plot within the first few weeks afterward.

This election has a long way to go yet, and will in all likelihood, end up before the Supreme Court before it’s official. The Liberals spent the last four years using intimidation and violence to express their displeasure. But if this does turn around, the president and the Conservative will simply dig in and get to work.