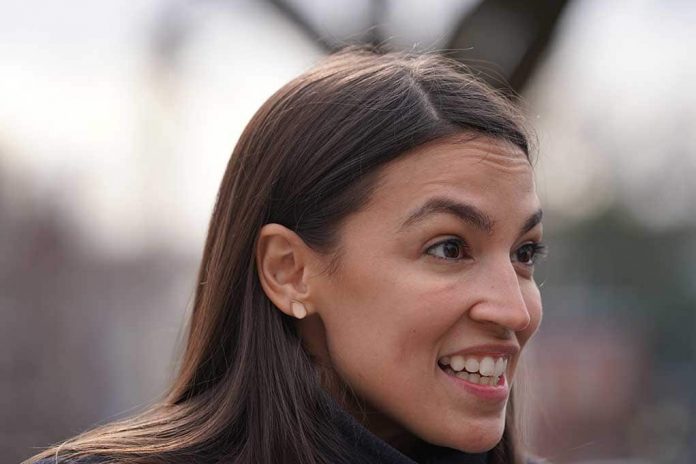 (ConservativeStar.com) – In the last several days, the stock trading app Robinhood has been in the news for what some are viewing as an attack on the rights of small investors. On January 28, Rep. Alexandria Ocasio-Cortez (D-NY) and Senator Ted Cruz (R-TX) both agreed the trading platform was wrong for restricting trading. The congresswoman sent a tweet about the problem, the GOP senator posted a reply offering his support of her position and that took a left turn into The Twilight Zone.

It Was (Attempted) Murder Most Foul

After writing that she would have no issue dealing with Republicans in the general sense, she made a very serious allegation against Senator Cruz stating that “… you almost had me murdered 3 weeks ago…” She did not say something like “I was almost killed” or “the people on Capitol Hill almost killed me” (they didn’t either) but she said “YOU [emphasis added].” As if the senator hired someone to put a hit out on her.

First of all, it should be made clear that this in no way diminishes the fear that she, or anyone else for that matter, may have had on January 6 in the Capitol Building as the sounds of gunfire and chaos erupting. However, public figures must show at least a façade of rationalism after the danger has passed.

In the days that followed, it seems AOC didn’t miss any opportunity to make sure exactly how terrified she was and who exactly was to blame: then-President Donald Trump and various Republican lawmakers. Even three weeks later, nobody has any clue as to who may have incited some people to behave badly on that day. There are reports that Antifa may have been involved and at least two registered Democrats were arrested, but still, the Left persists.

AOC claimed she was in fear for her life, even though law enforcement agents quickly secured the lawmakers and observers who were already inside the chamber for the tallying of the Electoral College ballots. Her colleague, Representative Brad Schneider (D-IL) even described himself as being “in a secure but confined location.” So, why is her story so different?

When a member of one political party directly accuses someone of the opposing party of attempted murder in front of almost 12 million people — the number of AOC’s Twitter followers — that’s not something that should be overlooked. The paragons of virtue at the birdie company who have blocked so many Conservatives for merely expressing political opinions have made no moves to censor the Democrat.