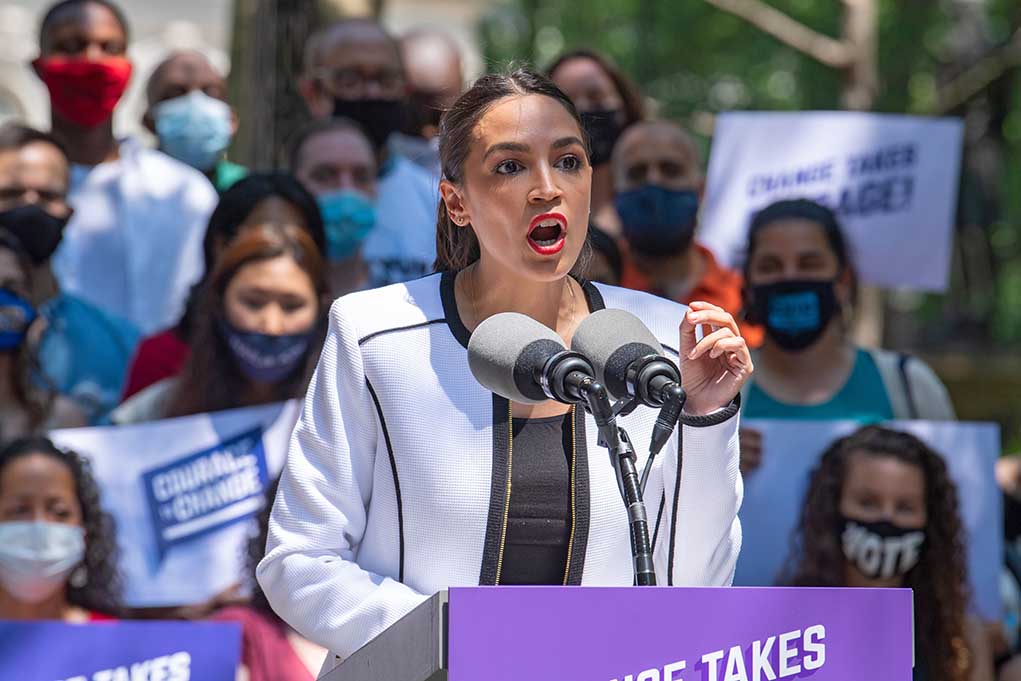 (ConservativeStar.com) – Criminals, by definition, break the laws that society requires to maintain the safety of its citizens, and the presence of law enforcement officers and agencies is a massive deterrent. This is a concept most 5-year-olds can grasp. Apparently, that exceeds the limits of Representative Alexandria Ocasio-Cortez (D-NY). At least, if her continued “defund the police” rhetoric is any indication.

In a June Zoom call with one of her colleagues, she downplayed the rise in crime.

Not only is she calling for the defunding of law enforcement, but she’s also downplaying the severity of the situation. She claims news reports of the increase in crime in American cities are nothing but “hysteria,” and that the statistics need to be considered “in context.” Even the New York Times (NYT) ran a story reporting “homicide rates in large cities were up more than 30% on average last year [2020], and up another 24% for the beginning of this year [2021]…”

The article went on to relate recent incidents at a banquet hall in Miami, a nightclub in Dallas, on a Detroit freeway, and an apartment building where a 1-year-old died in Baton Rouge. If that wasn’t enough, perhaps AOC should pay attention to what happened in Chicago over Memorial Day weekend. The city had the fewest killings recorded for those three days that they’ve seen in a decade according to the NBC affiliate 5 Chicago. The difference? The city INCREASED the police presence in neighborhoods that typically see the most crime.