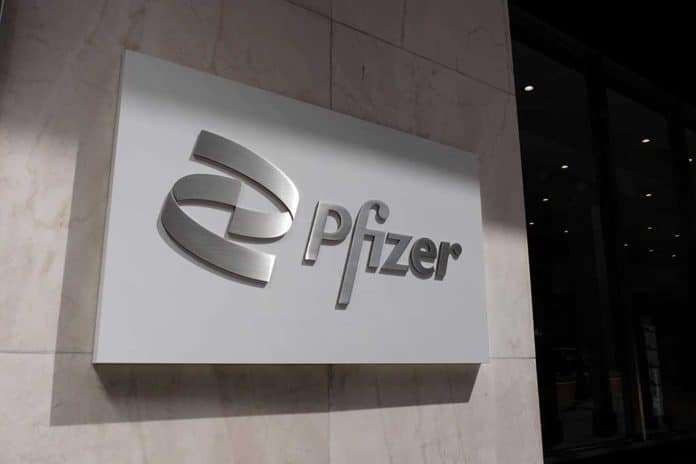 (ConservativeStar.com) – The big worry with the new Omicron variant of COVID-19 is that vaccines don’t seem to be as effective against it. Now, however, Pfizer says a booster shot of their vaccine could push effectiveness back up again.

New: Pfizer’s CEO says third shot of its vaccine improves efficacy against Omicron “dramatically.” “To make it clear for your audience, three doses against Omicron are almost equivalent to the 2 doses effectiveness we had against..the original variant,” said Albert Bourla on NBC

Since the Omicron variant first appeared, researchers have been racing to find out how well the current vaccines work against it, and so far the news isn’t good. The vaccines target the “spike” protein on the virus, but Omicron’s spike protein has at least 32 new mutations – and that makes it harder for the antibodies created by the vaccine to destroy. It’s not invulnerable, but it is a lot tougher.

A new study from South Africa, where the variant first appeared, found that the Pfizer-BioNTech vaccine produces a third as many antibodies against Omicron as against earlier variants.

On December 8, Pfizer announced an easy way to push vaccine production back up is to get a third “booster” shot. The company says that while two doses might still protect against getting seriously ill if you catch Omicron, adding a booster shot should give the same level of protection as two shots give against the Delta variant.

A small study (only 12 people) by the Africa Health Research Institute (AHRI) found a 41-fold drop in the number of antibodies produced by the Pfizer vaccine. It also found people who were previously infected and who are currently vaccinated might have better immunity, which tracks with other studies on COVID-19. The AHRI study is not peer-reviewed yet.

Will Pfizer’s announcement persuade hesitant people to get the vaccine, though? Omicron is spreading faster than older variants, but the evidence so far suggests its symptoms are milder.