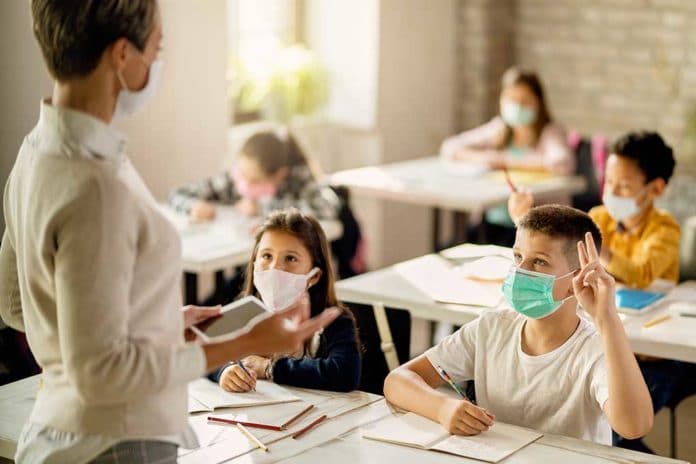 (ConservativeStar.com) – A Washington, DC, elementary school teacher has been suspended after forcing third-graders to act out scenes of mass murder and suicide. The school district has launched an investigation.

Councilmember McDuffie released the following statement on the appalling reenactment of the Holocaust by a staff member at Watkins Elementary Elementary School. pic.twitter.com/yiSWYmC5yk

On December 17, administrators placed a third-grade teacher at Watkins Elementary School in Washington, DC, on leave after students complained that she had forced them to re-enact scenes from the Holocaust. Students were told to pretend they were being transported in a cattle car and digging mass graves, or to imitate shooting their classmates.

One student – who is Jewish – was made to play the part of Hitler, ending with his simulated suicide. When one student asked why Hitler ordered the Final Solution the teacher allegedly replied, “because the Jews ruined Christmas.”

The teacher apparently told the students not to tell their parents about the session; instead, they complained to their homeroom teacher, who reported it to the principal. The teacher was immediately put on leave and the school contacted parents to apologize for what had happened.

DC Public Schools says the whole class has now met with the school’s mental health team. The notorious 1960s Milgram experiment showed that when people are made to play the part of an authority figure, they can identify with that role to a dangerous degree. Parents and teachers are concerned the bizarre “lesson” could have serious consequences.