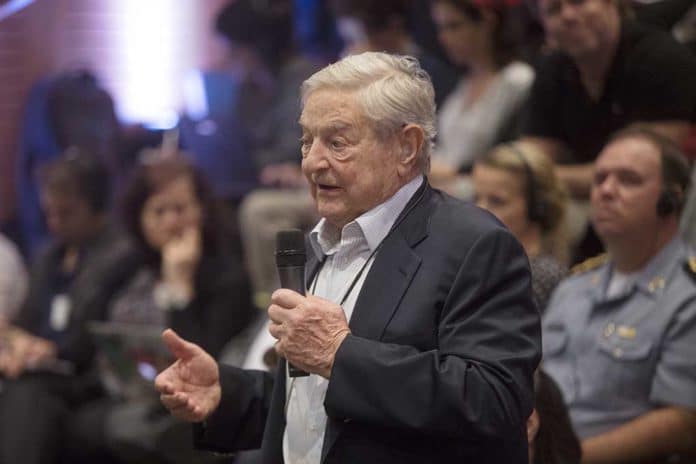 (ConservativeStar.com) – Billionaire George Soros and his son Alexander dump hundreds of millions of dollars into Political Action Committees (PACs) that are nestled together like a set of Russian dolls, targeting their support for far-Left political candidates. In recent years, they have turned their sights on local prosecutors, many of whom are turning the American justice system into the punch line of a joke, including Los Angeles District Attorney George Gascón. He recently prosecuted James Tubbs, now 26 years old, who sexually assaulted a then-10-year-old girl in 2014 as a juvenile offender, even though he was only two weeks shy of his 18th birthday at the time.

A 26-year-old male to female trans sex offender has been sentenced in L.A. to serve time in a juvenile facility. Hannah Tubbs (left) sexually assaulted a young child when she was 17, but wasn’t charged until she was an adult by DA Gascón’s (r) office.https://t.co/YCSK4dkDIZ

Tubbs was arrested in 2019 when the system hit on a DNA match after being arrested on suspicion of battery in Idaho. In many, if not most jurisdictions, this case would have been heard in adult court given the ages of the individuals involved, but Gascón decided that his campaign promise not to prosecute juveniles as adults applied even to a brutal attack on a prepubescent girl.

To add insult to injury, Tubbs will not have to register as a sex offender and was sentenced to a juvenile facility. Because Tubbs decided to become Hannah as a transgender woman — AFTER he was arrested in 2019 — this still-biological male will be housed with underage girls. What could possibly go wrong with that?

A question for you, our readers. Was this handled in a manner that aligns with the intent of the laws of this country?