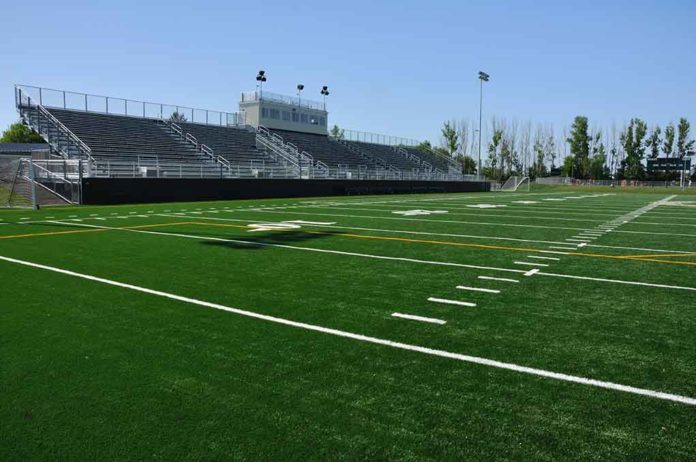 (ConservativeStar.com) – A player for the McKinley High School football team in Canton, Ohio, says the coaches forced him to violate his religious dietary restrictions and eat a pizza that had pepperoni/residue made from pork on it. The student and his family, who are Hebrew Israelites, have now filed a federal lawsuit alleging this violated his constitutional rights under the 1st and 14th Amendments.

The teen, who is of the Hebrew Israeli faith, objected to eating the pepperoni pizza and was eventually allowed to pick off the meat. https://t.co/mN114kv0o5

K.W., as he’s referred to in court documents since he was a minor at the time, says coaches ordered him to eat the pizza while sitting on a chair in the middle of the gym as punishment for missing a team weight training session. He claims he told coaches of his religious objections and kicked the box away. However, he eventually complied, under protest, so his teammates could stop running drills around him.

The lawsuit seeks a jury trial and compensation of $3 million with another $1 million in punitive damages.

Of course, every story has two sides, and the coaches, who were terminated after the incident, filed a lawsuit in July for defamation of character after K.W.’s accusations became public. They paint a different picture and say they asked K.W. to “accept service of a meal, or in other words, ‘royal treatment’ [in order to] convey a much-needed lesson about teamwork, responsibility, and accountability” since he had skipped the training session.

They further assert they offered K.W. chicken nuggets which he declined and proceeded to eat part of a slice of pizza. The coaches’ suit claims this treatment had been the culmination of increased disrespect from the player that seemed to parallel the growing use of marijuana, according to the boy’s father. The lawsuit alleges he acknowledged the reason for the discipline (including via text message) that he expressed his appreciation for it to the coaches.

While the separate cases work their way through the justice system, K.W. has been transferred to a different school district.