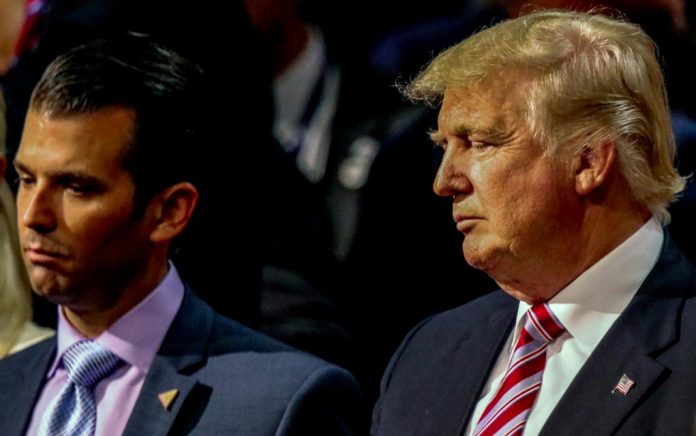 (ConservativeStar.com) – It’s no secret that those around former President George W. Bush, deceased Sen. John McCain (R-AZ), and Sen. Mitt Romney (R-UT) are not fans of President Donald Trump. In the final week of August, more than 150 alumni associated with the three former establishment Republicans endorsed Democratic nominee Joe Biden ahead of the president’s acceptance speech. Donald Trump Jr.’s response — So what!

Trump Jr. dismissed the three individuals and their followers as part of the old guard that no one cares about anymore. He said all they did was push a globalist agenda that hurt American workers and continually sent our young people off to endless wars to die.

To Trump Jr.’s point, the president may be the only one who ever received a bump after the opposition party’s national convention. His approval ratings have been ticking up. In the latest Zogby and Rasmussen polls, he’s at a record high 51%. Additionally, the president consistently polls between 87% and 96% approval among Republicans.

It may be safe to say it’s Trump’s party now, and the RINOs can’t do anything to stop it.