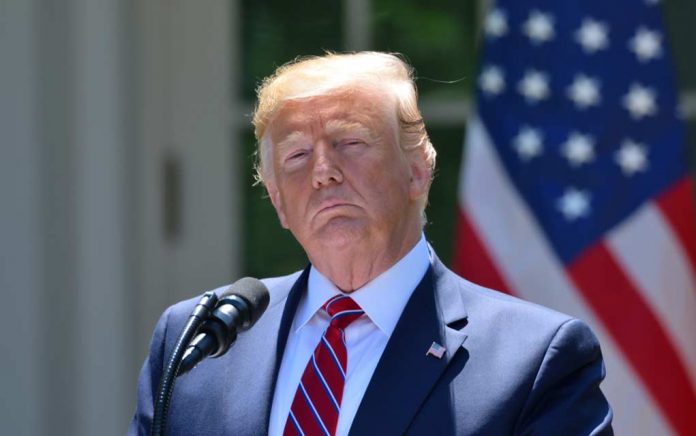 (ConservativeStar.com) – Protests in Kenosha, WI, turned violent after the incident between police and a 29-year-old Jacob Blake on August 23. Blake was shot in the back by police after allegedly not following commands and reaching into his car where a knife was reportedly on the floorboard. His family claims he’s now paralyzed.

The protests in Kenosha have turned violent and destructive. On Tuesday, September 1, Trump is scheduled to visit the city to support law enforcement and see the damage from riots up close. However, it appears he’s not welcome by the Democratic leadership in Wisconsin.

Gov. Tony Evers (D-WI) wrote a harshly-worded letter to the president, which contained signatures from community leaders, asking him not to come to the city. The plea indirectly accuses Trump of being divisive. Lt. Gov. Mandela Barnes (D-WI) said he doesn’t know how the commander-in-chief can be helpful considering his “previous statements.” He didn’t quote any particular statements.

During Republican National Convention (RNC), which ran from August 24-27, President Trump decried Democrats and presidential candidate Joe Biden for defending protestors and not condemning the riots. Trump sided with the police, saying rioters were “thugs.” The president also said Democratic governors and local officials were weak and sympathized with the rioters at the expense of law enforcement, further fueling the fire on the streets.

While the governor can ask, he can’t tell the president of the United States, he cannot come to the area.