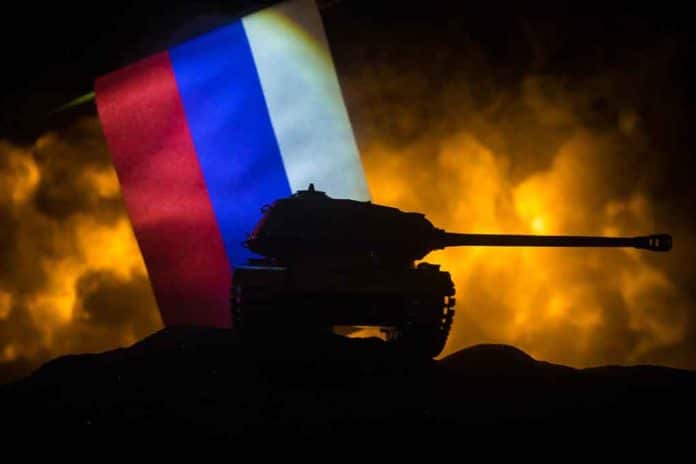 (ConservativeStar.com) – Since Russian President Vladimir Putin ordered his forces across the border into Ukraine, the attention of the world has centered on that conflict. There is always “collateral damage” during war — a euphemism for dead civilians — however, in this fight, Western government officials and media sources are accusing him of intentionally targeting non-combatants.

On March 9, the Ukrainian government accused Russian forces of intentionally destroying a maternity hospital in the coastal city of Mariupol that’s currently under siege — in the literal military sense of the word. In what has become a focal point around the world, an unnamed and very pregnant woman was photographed being carried from the rubble while clutching the bloody side of her abdomen.

Reports from the war-torn country now say that both she and her baby have succumbed to their injuries and are now deceased. Russian Foreign Minister Sergey Lavrov denies that the building was being used as a hospital, alleging that patients and staff had been moved out to be replaced as the base of operation for the Azov Battalion.

Denials aside, the World Health Organization (WHO) says it has verified two dozen attacks on medical facilities since hostilities began. The group noted that international treaties protect medical personnel and civilians both and condemned these actions as a violation of those laws.

Ukrainian forces claimed to have shot down and captured Russian pilot Lt. Colonel Krishtop Maxim Sergeevich. He reportedly acknowledged complying with “illegal” orders to drop bombs on residential buildings. Conversely, a former spy and current member of Parliament for Russia, Maria Butina, has denied that her country is bombing civilians, and she didn’t stop there.

In what some see as an attempt to outdo Rod Serling in the fantastical stories he made up for The Twilight Zone, Butina says that their military is actually setting up humanitarian corridors as Ukrainians are destroying their own cities. Possibly along the same lines, the Russian Defense Ministry said a Ukrainian missile carrying cluster bombs killed 20 civilians and injured 28 more in the city of Donetsk — providing no evidence to back the claim.

In another example of how murky “the fog of war” can become, Ukraine’s Foreign Ministry reported that in Mariupol, the mosque of Sultan Suleiman the Magnificent and his wife Roxolana (Hurrem Sultan) was shelled with approximately 80 people inside. However, the president of the mosque association, Ismail Hacioglu, reportedly told a Turkish media outlet that the building remains untouched.

It seems propaganda is alive and well in this war.