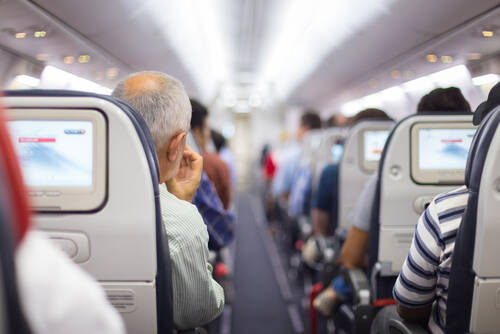 An executive at Wells Fargo has been fired for urinating on a woman during a flight.

The incident occurred on Nov. 26 on an Air India flight between New York City and India. Shankar Mishra is said to have urinated on another passenger.

According to reports, Mishra got drunk on the long flight. Afterward, a woman filed a complaint with alleging that he urinated on her and stood there until he was tapped and asked to leave.

As well as accusing Air India of being unprofessional, she alleged that the workers were not proactive in managing the stressful and sensitive situation.

A complaint states that workers made Mishra apologize when he begged not to be arrested, leaving the woman “stunned.”

Mishra’s father spoke to India Today TV about the allegations against his son. He claims that the case was false and that his son had not slept for three consecutive days. Additionally, Shyam Mishra stated that there was very little evidence against his son’s criminal and disturbing allegations.

According to him, Mishra was also under pressure to apologize to the woman involved.

India Today reports that he was charged with obscene acts in public places, assault or criminal force on a woman with the intent to insult her modesty, as well as misconduct in public by a drunken person.

Mishra may have hired an attorney to represent him, but it’s unclear whether he has done so.