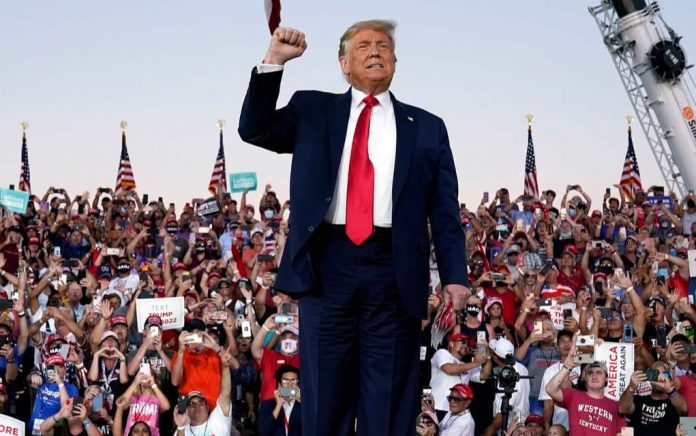 (ConservativeStar.com) – During the 2020 presidential election, social media giants Twitter and Facebook consistently blocked the accounts of former President Donald Trump and other conservative voices. They basically set themselves up as the sole arbiters of defining “truth” in politics and the COVID pandemic. Now the ex-POTUS is taking action.

It will be a part of a new publicly-traded company named "Trump Media and Technology Group." pic.twitter.com/Tso6HMGGPS

According to the group’s website, they seek to become a counterbalance to the dominance of far-left and woke ideology that permeates Big Tech and the mainstream media. Trump’s group contends that those institutions “are not just censoring content – they are determining what can and cannot be said.” They also promise that within their platforms, there will be “no political discrimination.”

The press release also said TMTG plans a merger with Digital World Acquisition Corp. (DWAC). That will allow the president’s new venture to become a publicly-listed company through DWAC’s listing on the NASDAQ stock exchange. Perhaps in a testament to President Trump’s continued popularity and influence, DWAC’s stock closed Thursday’s (October 21, 2021) trading session up 356.8% from the opening bell.